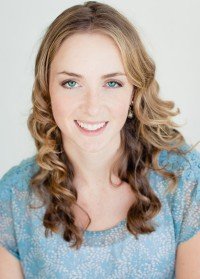 Annika is a 4th year medical student with the Northern Medical Program. She was born and raised in the small city of Williams Lake.  Although Annika has always loved working with people and spent many years volunteering with the Child Development Centre in Willy’s Puddle, she sidetracked during her undergraduate education and earned a General Biology degree with a strong focus on botany.  After two summers as a research assistant studying willow ecology and bushwhacking through Northern British Columbian forests, she decided to pursue medicine.

Outside of medicine, Annika is a BC Special Olympics coach and Canadian Red Cross Regional Council Member.  During the summer of 2011, she joined Dr. de Leeuw and fellow Northern Medical Program student Allison Nakanishi on a project referred to as “Art Days”.  As a team they organized, in collaboration with the Nak’azdli Community Health Centre, three days of art creation for Elders and community members of the Nak’azdli. Qualitative data was collected through interviews, group discussions, surveys and observational notes looking at participants’ perceptions about the value of creative art for improving feelings of overall well-being.  The aim of this research was to assess the potential of creative art production on feelings of health in a First Nations community.  Annika’s experience on this project was an amazing opportunity to engage in cultural immersion with First Peoples and to bring new meaning to cultural competency/safety, which she will take forward into her future medical practice. As a future physician, Annika is keen to continue discovering creative solutions to address health concerns of vulnerable people.

The findings, reflections and experiences of the “Arts Days” project were published in the British Columbia Medical Journal, they contribute to the discourse on the value of providing culturally safe care.