UPDATE: For a full article about this event see page 23 of the Winter Edition of Healthier You!

In March 2015, a group of 34 people began a journey of dance, health, movement, and wellness at the Telkwa Senior’s Community Centre using BRAIN Dance. 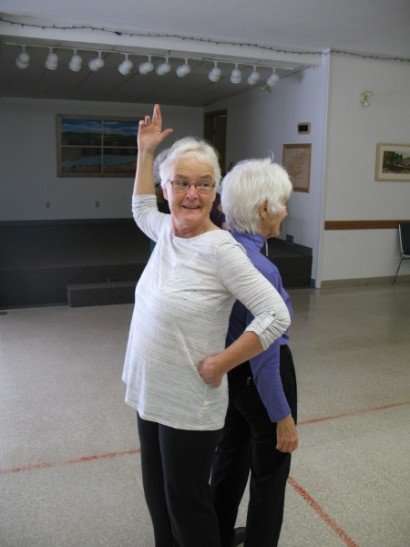 “The very first time I did it, my brain was just snapping.” – Anne Greene, retired teacher

“I thought if Brain Dance worked for my school kids, there was a good chance it would work for old folks as well, that it would be something my mom and I could do together.”

So, when Janet Harris, founder of the Creative Roots dance studio in Smithers, offered to lead 16 Brain Dance sessions at the Telkwa Seniors Centre, Anne signed up and, in so doing, became part of a research project sponsored by the Health Arts Research Centre (HARC) at the University of Northern BC.

HARC, under the direction of Dr. Sarah DeLeeuw, is conducting research into how the arts – dance, painting, theatre, music, story-telling, photography — can be used to enhance individual, group and community health in northern BC

Brain Dance, developed by Seattle-based movement specialist Anne Gilbert, is based on eight fundamental movement patterns that babies discover in their first years, years during which they learn much of everything they will ever know. 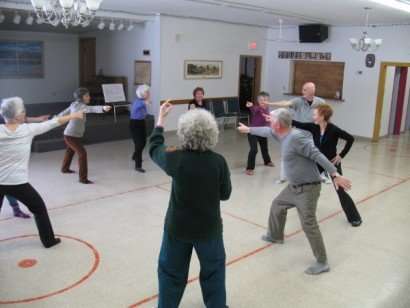 Many of the movements, especially the crossbody movements, open up the pathways from one side of the brain to the other, according to Greene.

“It’s the same thing when you start using two modalities at the same time … like vocal exercises and purposeful movement. There’s a crossover because you have to divide that up in your head.”

Jane Sacharoff, a retired bookkeeper, said the sessions leave her feeling lighter, oxygenated and “transported out of the place where you usually live. It allows your brain to relax and go into the experience.”

Bonnie Lear, a retired health administrator, said the sessions leave her feeling “light and playful. It’s an excellent integration of mind and body and it stimulates the imagination. I try not to impose any structure on it, to let that go.”

Both Sacharoff and Lear said the brain dance sessions make you aware of the barriers individuals set up, like not wanting to look silly, and then, over time, break them down so that “there’s a real fun factor that is not part of your usual day.”

Those barriers were exactly what instructor Harris was most afraid of when she proposed doing brain dance sessions for seniors. Except for a brief program for the Smithers brain injury group Harris had only worked with children, never adults with inhibitions. 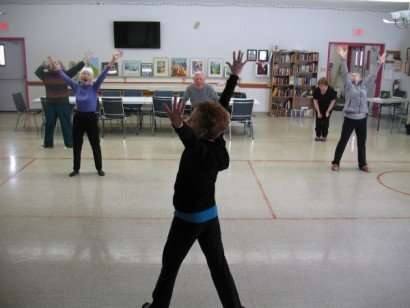 “So I started slow and tried to build confidence in the group. The biggest thing with adults is self-censorship. Just using the word dance can close them up.”

Over the eight weeks of the program Harris tried to find a balance between novelty and repetition, between what you repeat and new routines … all in an effort to build confidence and stimulate the imagination.

“I was worried they would be too afraid but when you see the joy in their eyes you know it’s working,” Harris said. “As we age and our culture becomes more sedentary, it’s important that we find time to move our bodies, challenge our balance system and stimulate our brains … we’ve got to use it or lose it.” 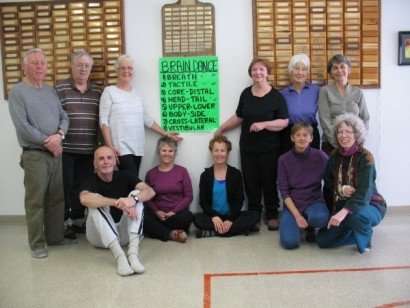