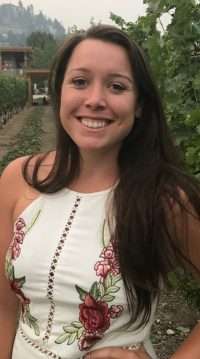 Makayla completed her Bachelor of Science in Pharmacology at McGill University in Montreal, QC. In addition to her major, she also completed a minor degree in Management with a focus on Social Entrepreneurship. It was courses in the Management department that fostered her interest in social change. Makayla was born and raised in the Central Okanagan but spent her time in the summers between semesters traveling internationally and domestically. Most recently, she spent her summer living in the district municipality of Mackenzie, BC. Being located a couple hours north of Prince George allowed Makayla to work remotely with the HARC office as a student intern helping to plan a summer science and health camp. This camp is a collaboration between Northern Health, First Nation Health Authority, and UNBC and will be offered to Indigenous Youth from the northern BC regions in summer 2019.  Through both formal and informal education, Makayla has developed some understanding of the inequalities that exist for people of different socio-cultural backgrounds. Her work with the HARC office led to research about the hurdles Indigenous populations, especially those living in remote areas, face in regard to accessing post-secondary education and healthcare. These disparities have been taken into account and as a result, major goals of the summer science and health camp include the attempt to ameliorate such issues.

Makayla plans to pursue a career in Medicine. She envisions working as a physician in a progressive, inter-disciplinary healthcare setting located in a rural area similar to Mackenzie.