On May 24th, the HARC Advisory Committee and the HARC team met online for a wonderful afternoon of art and reflection on all the workshops, projects, and activities completed over the past year at the Health Arts Research Centre. During the meeting, HARC Research Director, Dr Sarah de Leeuw, crafted a beautiful poem out of the words shared throughout the meeting. 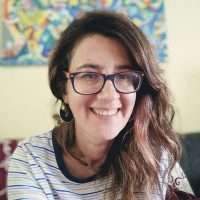 Ebru Ustundag is a critical feminist geographer interested in intersections of health/care and social justice as these relations unfold in various urban spaces. In St. Catharines (ON) she collaborates with various community partners and social agencies to facilitate radical collective action by building solidarities and alliances. She is an Associate Professor of Geography at Brock University and a graduate faculty member in the interdisciplinary Social Justice and Equity Studies MA … 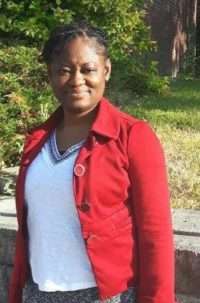 Dr. Omolara Odulaja is an internationally trained physician with an MBBS degree from the University of Ibadan Nigeria (equivalent of MD in North America) and a Master of Public Health degree from Western University, London, ON. She holds a PhD in the School of Health Sciences at the University of Northern British Columbia, Prince George, Canada where she worked with Indigenous communities, Indigenous youth, and School Districts to understand youth … 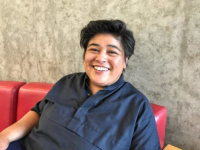 May Farrales is an Assistant Professor in the departments of Geography and Gender, Sexuality, & Women’s Studies at Simon Fraser University. My teaching and research are animated by questions of racialization, queer politics, and logics of power fundamental to colonial, empire-building, and capitalist projects. Currently, I am engaged in a research program that takes seriously the relationships and politics of people of colour in the racial geographies of settler colonialism. … 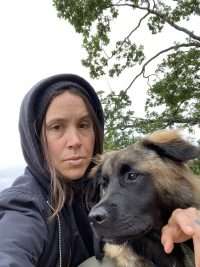 Onyx (Vanessa) Sloan Morgan grew up on lək̓ʷəŋən territories in Victoria BC where their interests in land and water, and how power dynamics impact our relationships to them, emerged. Their passion for this work led to Lheidli T’enneh territories, where Onyx had the pleasure of working at the Health Arts Research Centre and with communities across so-called northern BC. From organizing hip hop shows to wire tree making, the dynamism … 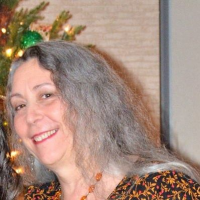 Lauren believes that her primary relationship is with the Land; she enjoys this relationship through silence and listening, canoeing, snowshoeing, food and medicine gathering, hiking, and in time will rejoin the earth with peace. Her mixed heritage is English and non-status Plains Indigenous. She is very proud of and enjoys the company of her three adult sons Nicholas, Dylan, Robin and the daughter-of-her-heart, Stevie-Lynn. She lives with her canine companions, …

Dr. Terri Aldred is Carrier from the Tl’Azt’En Nation whose traditional territory is North of Fort St. James near the geographical centre of British Columbia.  Tl’Azt’En are a matriarchal people and therefore she follows her great-grandmother Cecilia Prince’s line and is from the Lusilyoo (frog) clan. Terri was born in Prince George and ultimately graduated form high school there, however, she spent over 6 years in between living on the Tachet … 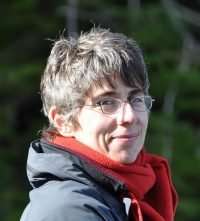 Caroline Shooner Caroline grew up in Montreal and completed her medical degree at McGill University (1996) and her Family Medicine residency at Memorial University (1998). She spent the first years of her medical career traveling and working across the country, while also recording music and performing as part of the original folk duo Her Sweet Time.  ​​ In 2007, Caroline joined the Queen Charlotte medical team and has been practicing on Haida …